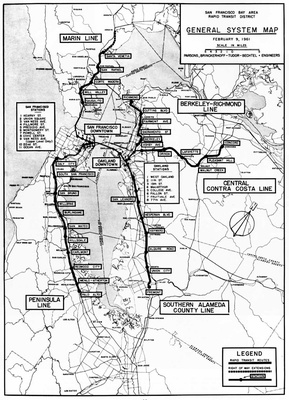 1961 BART map showing lines proposed for the five-county plan. [source]A number of ambitious public-works redevelopment projects (and some private ventures) in Oakland have been proposed, but never built. This page is here to collect the most interesting ones:

… Now that we’ve learned about Unbuilt Oakland, what about Future Oakland?