The Sunset is a very large neighborhood that takes up roughly the entire southwest quarter of the city. It is bordered by Lincoln Way (and Golden Gate Park to the north and Sloat Boulevard to the south. Its eastern border is vague and lies somewhere around Laguna Honda Way. Numbered avenues go north-south and alphabetical streets between Irving and Yorba go east-west. The N-Judah and L-Taraval Muni lines serve the northern and southern portions of the Sunset, respectively. The Sunset District is one of the main districts in all of San Francisco that provides many attractions for its residents and visitors. 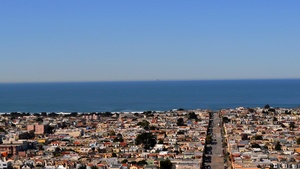 Home to many attractions, the Sunset has a lot to offer for family and friends in the neighborhood. The well known Golden Gate Park is a massive strip of land and  within it, it  provides its own attractions. There are several museums and gardens such as the California Academy of Sciences, Conservatory of Flowers, Garden of Shakespeare’s Flowers, Japanese Tea Garden, M.H. de Young Museum, and the San Francisco Botanical Garden at Strybing Arboretum. When walking around Golden Gate Park, there are lots of wild animals and plants native to San Francisco roaming the park. There are turtle, fish, and duck ponds for visitors to enjoy as they walk throughout the park. On a nice clear day in Golden Gate Park, visitors can also take advantage of the picnic areas scattered around the park. There are plenty of concerts that go on in Golden Gate Park, however once a year the park hosts one of the biggest music festivals in San Francisco, Outside Lands. The three day weekend in August brings together people ranging from the Sunset District to all over the Bay Area, to people from other states. The music festival is filled with live music, comedy, food, drinks, artwork, and an overall great experience. Outside Lands always has an impressive lineup with past headliners such as Paul Simon, Janet Jackson, and blink- 182. 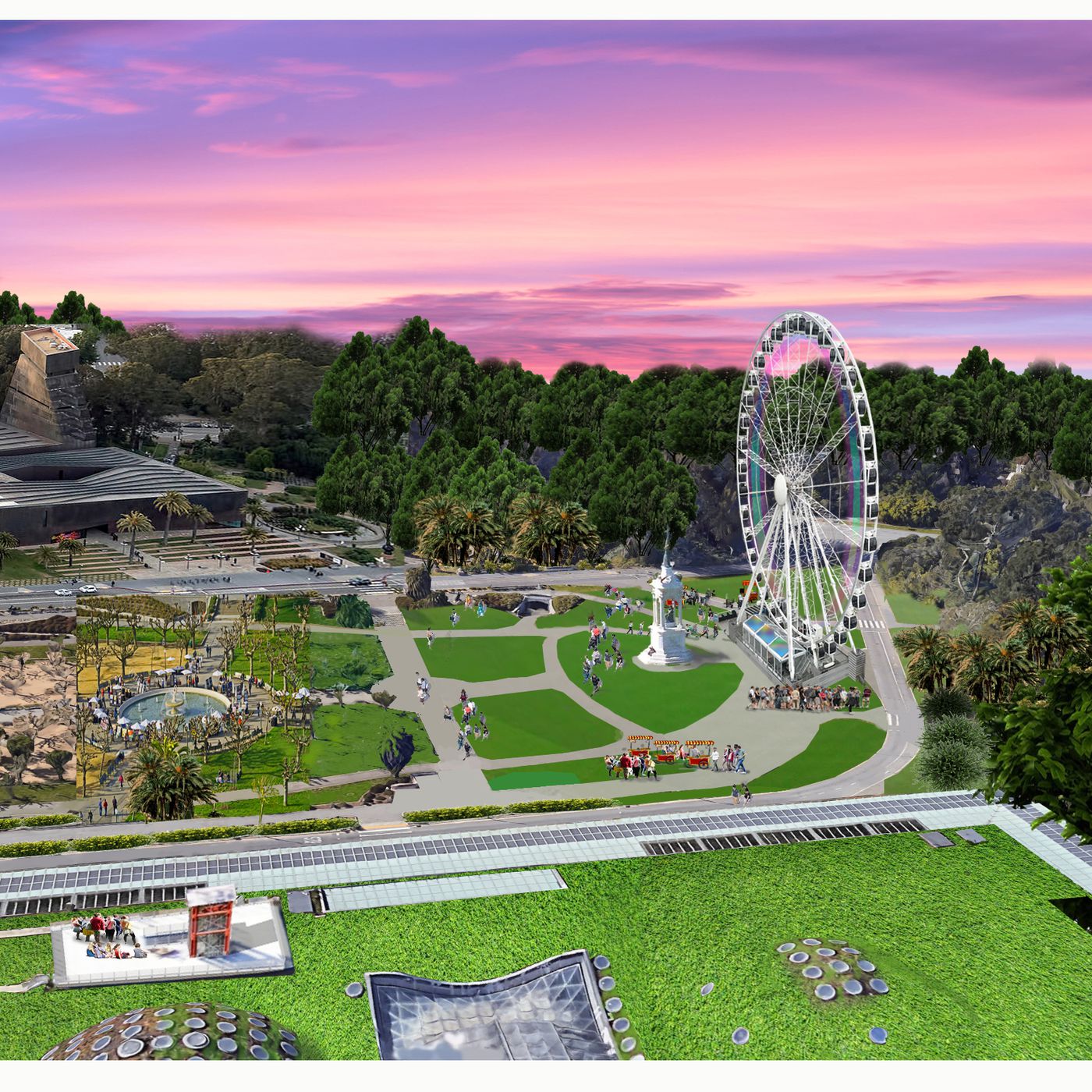 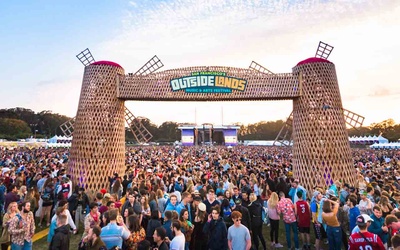 Ocean Beach bounds the Sunset District of the San Francisco peninsula on the west coast. It is facing the Pacific Ocean with a large strip of the sandy beach, but it is also home to some of San Francisco’s important landmarks. Some of these historical landmarks are the Cliff House, Sutro Baths, and Camera Obsura. Due to the weather nature of San Francisco as a whole, the weather tends to be very foggy. That being said, people do not shy away from still enjoying everything Ocean Beach has to offer. There are concrete paths along the water that allow visitors to walk, run, bike, or even rollerblade down near the water. However, when San Francisco does get a hot sunny day, the beach can be packed all across the sand enjoying the weather playing in the water and playing sports like volleyball, soccer, surfing, or throwing a frisbee around. Ocean Beach has beautiful sunsets and people can have bonfires in certain areas of the beach. Right near Ocean Beach is Land’s End, which provides several different forest, cliffy walks. While Ocean Beach can be a very fun place to visit, visitors must be very careful when going near the water, as it has very strong and dangerous rip currents that can sweep people out to sea. Beach Chalet, a restaurant located right across from the beach provides great food and massive windows that portray the wonderful views of Ocean Beach. 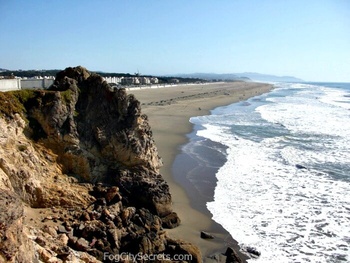 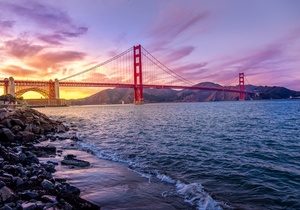 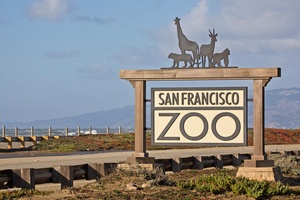 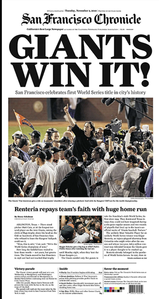 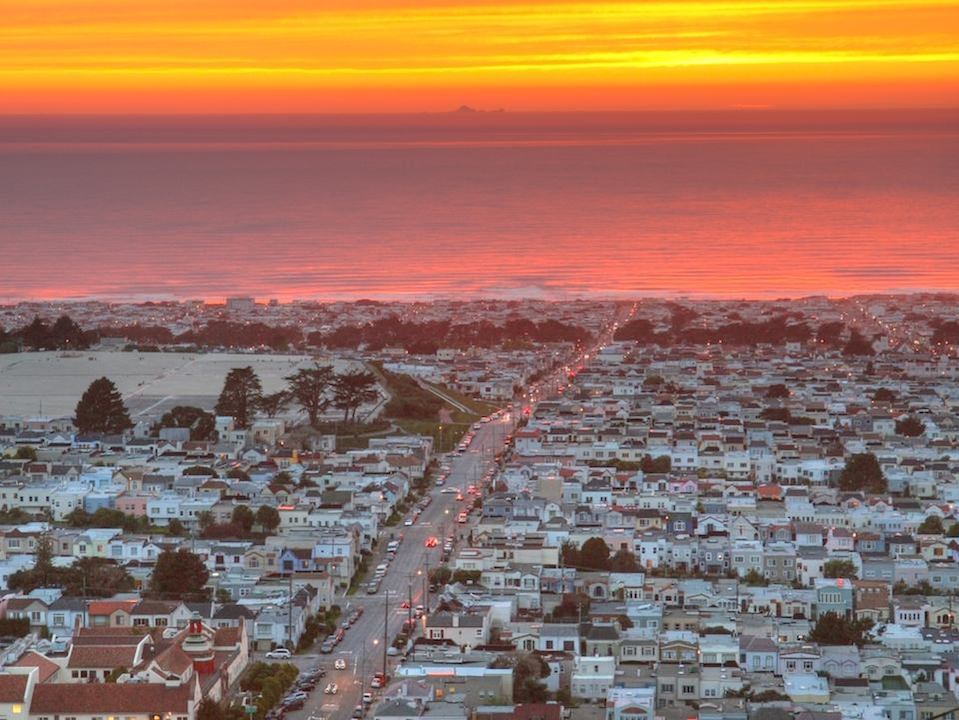