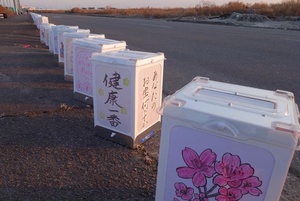 Residents in Natori, Japan documented a community lantern ceremony as part of a community memory project to remember places that were destroyed in the 2011 earthquake and tsunami.Every month, over 400,000 people use LocalWiki.  Residents around the world use LocalWiki to document local government processes, provide up-to-date information about local planned initiatives, collectively create visions for what they want to see in their communities, and organize other community members to help people be a part of the decisions that affect them.

We believe that people become more civically engaged every time they learn something about their community. The more people learn about their communities, the more power they have to make meaningful choices about the future of those communities. Natural curiosity about your neighborhood or a favorite park quickly leads to information about how these places came to be the way they are, and most importantly, how they can be changed in the future. So from our perspective, every contribution to LocalWiki (even the goofy ones! these are the ones that get people hooked! ;)) are important for civic engagement. 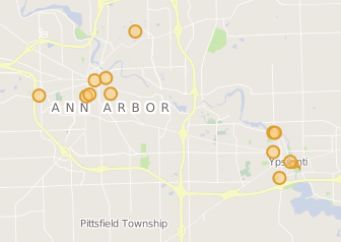 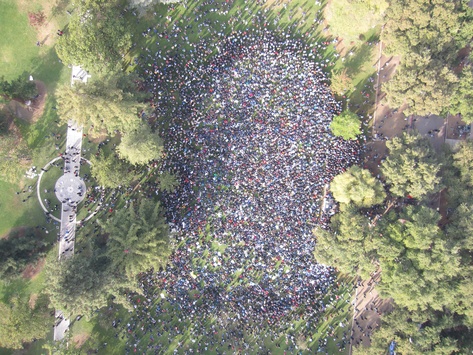 Davis, CA rally in response to the "pepper spray cop" incident as seen from a helium balloon. Thanks to Stewart Long, Liz Barry,MicheleTobias, and Alex. Photo CC-By-SA Public Laboratory.When a police officer pepper-sprayed students sitting in the UC Davis Quad on Nov. 18th, 2011, it kicked off an international media frenzy. But while the world's presses  buzzed, Davis residents were busy compiling every bit of information about the event on their LocalWiki, DavisWiki. Residents created an ever-updating chronology of events; posted and analyzed photos (including the first photo of the second police officer involved, who was identified on the wiki, videos and letters; discussed and debated the events; and countered incorrect information that was rapidly circulating. Even before the event occurred, the DavisWiki had extensive pages about the UC Davis Police Department, the UC Davis Chancellor, the head of the police department, and the location of the event. With the DavisWiki, residents were able to share and learn about an important event in its full context, not just consume the latest new updates. During the week of the event, over 25,000 people visited pages on DavisWiki related to the pepper spraying, and the page about the event was edited over 700 times by over 100 different residents. But residents didn't simply read and share online — they turned this information into real-world action, including the largest protest in the city’s history. 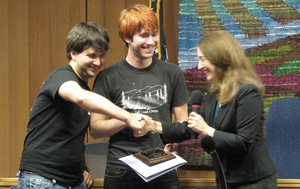 DavisWiki receiving the community engagement award from the Mayor of Davis.The idea to use ranked choice voting in city elections in Davis was first posted to the Davis Wiki. Over a number of years, residents improved the proposal and built support through the wiki. And in 2006, Resident activists were able to use this information in the campaign to pass a measure supporting ranked choice voting in the city.

Residents use the wiki to address the issue that the UC Davis student population (which makes up a large percentage of residents) has no formal voice in local government. 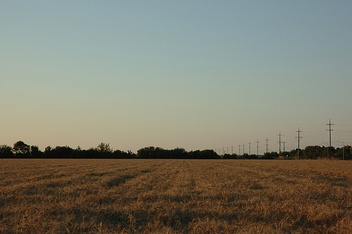 Residents had extensive informed debate about a planned housing development along with a city measure that would have been used to fund it. 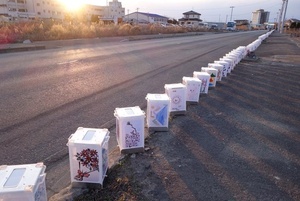 Residents documented a community lantern ceremony to commemorate the 2011 earthquake and tsunami.Residents in Natori, Japan, a city that was devastated by the 2011 tsunami, are using the Natori LocalWiki to track reconstruction efforts and also promote grassroots forms of reconstruction including lantern ceremony rituals for the dead by the Tsunami and the re-planting of trees. They have also worked with community members to map out and create a community memory project to document places that were destroyed in the earthquake. Read more about their work in this blog post. 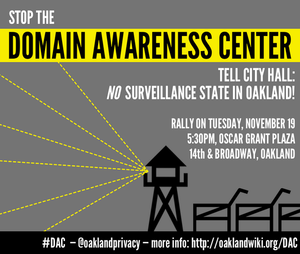 Residents in Oakland, CA directed people to the Oakland LocalWiki for more information on a planned surveillance center.Residents regularly use the wiki to track the progress of a number of proposed city council measures and initiatives. They also organize directly on the wiki by providing timely information about upcoming meetings that residents can attend to influence the decision-making process.

In the summer of 2013, residents began documenting the Domain Awareness Center, a planned surveillance center that was originally scheduled to be aproved during the consent portion of a City Council meeting. The Oakland LocalWiki was the first and is now the most complete source of information about the surveillance center. When the issue was covered in the New York Times, the article linked to the Oakland LocalWiki and the entry almost certainly acted as the first place that the reporter went to when conducting research on the topic. Privacy advocates help ensure that the entry stays up to date and direct people to the LocalWiki entry in their outreach materials. Because the entire history of the project, resident activity against the project, and next steps in the project are available for the community, it's significantly easier for activists to mobilize support for their work. The issue has now received national coverage, a number of FOIA requests have been filed showing possible City misconduct, and it has now become an issue in the 2014 mayoral campaign. 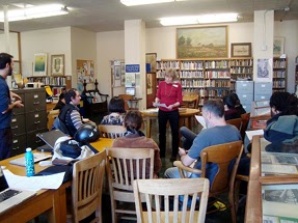 Oakland LocalWiki volunteers at the first library editathon in 2013.Residents also use LocalWiki to facilitate new forms of community organizing. For example, an entirely internet-native unorganized City Council livetweet group is using the wiki to conduct a resident survey and plan a grassroots-run candidate debate as part of their work to document 2014 mayoral elections, increase civic participation in local politics, and increase candidate responsiveness to resident concerns. They're even planning directly on the wiki. 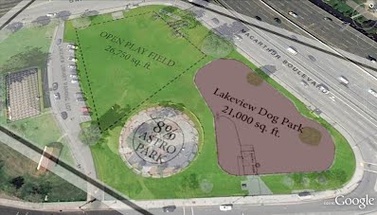 Plans for a contentious dog park being documented in Oakland.Additionally, residents have documented and shown people how to be involved in a number of additional key city issues including public safety issues (policing and the relationship between the police and residents is a very important issue in Oakland with a long and incredibly fraught history), 2014 elections, a number of building development projects, a planned dog park, youth curfew efforts, bus rapid transit, a ban on "tools of violence" in protests, a city-sponsored war-game police training simulation, and a censure of a City Council member. All of these efforts are enhanced by detailed entries on key players in local city government and information on local elected officials (including their positions and past actions).

Finally, residents use the wiki to propose and collaboratively flesh out community proposals and to imagine what the future of Oakland should look like. 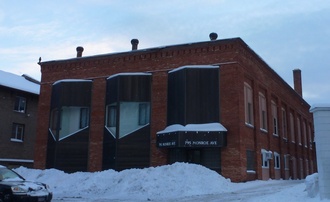 Additionally, residents have documented a sewer fiber optic network in Rochester and are evaluating the best way to move forward with the project (provide wi-fi to residents? sell excess capacity?) 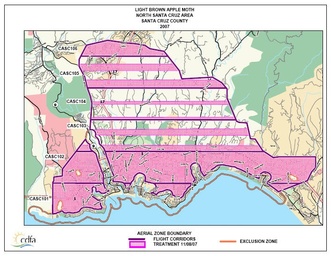 Plans for aerial spraying of pesticides were documented in Santa Cruz.Residents have documented and and collected all the heated political issues in Santa Cruz, including chemtrails,desalination, logging, and more. The LocalWiki also includes thorough information on the entire political landscape of Santa Cruz, including key players both within government and outside of it, providing residents with important context for understanding how political decisions get made in the city.

Residents used LocalWiki to document state plans to aerially spray pesticide in the Santa Cruz area before an environmental impact report had been conducted. The LocalWiki includes the entire background of the project, effects of the spraying, and the efforts of activists to stop the spraying.

The Tallahassee LocalWiki is a project of The Village Square, a nonprofit nonpartisan dedicated to civil discourse on matters of local, state and national importance. It is part of theirGet Local project to create an informed and engaged (first) Tallahassee, (then) Florida, and (finally) The World." (in their own words! :)) 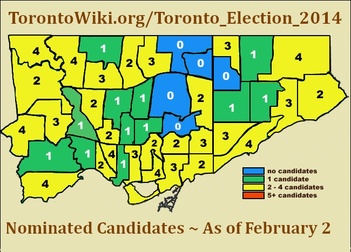 Council Candidates by Ward as of February 2, 2014.Our Mayor has become world famous for his extracurricular activities. It's finally our Municipal Election Year and we can have our say on keeping him for four more years, or not. Election Day is Late October, and we will document the entire election beginning with this entry page listing every candidate running for every seat: Toronto Election 2014.

To kick things off, Toronto LocalWiki was able to organize and co-sponsor the First Official Mayoral Forum of this Election Year.

The Mayor has Confirmed his attendance, as has his leading opponent, among others. Making this kind of a big deal!