There is a West Walnut Street in Soquel. 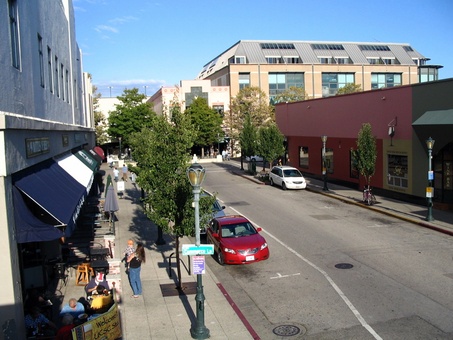 The one way block of Walnut Ave between Cedar and Pacific. 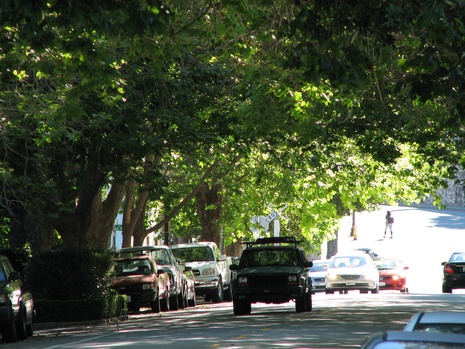 Huge trees shade the street in the summer.

Thanks to its relatively low level of traffic, Walnut Avenue is fairly bike-friendly. It has designated bike lanes (shared by parked cars) in the downtown section. Watch out for the sloped and curved section between Lincoln Street and Rincon Street - visibility isn't great, and drivers are often confused as to where to go. 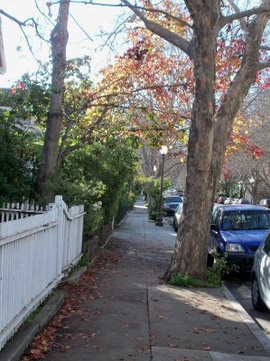 Parts of Walnut Avenue are residential. Photo by John Pilge: 2010