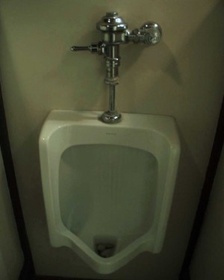 UCD Bathrooms are important to talk about because cleanliness is next to Godliness and you want to crap in a Holy place, don't you?

There are few, but some, restrooms that can be considered safe for non-binary folk. 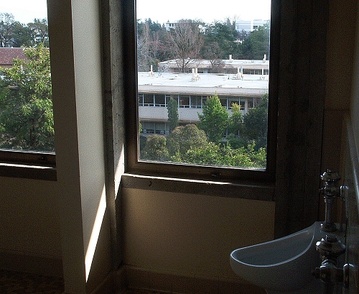 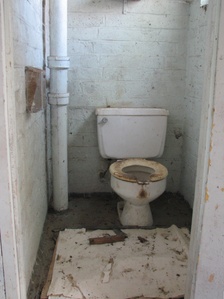 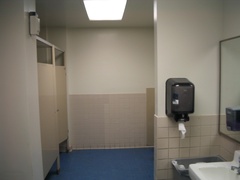 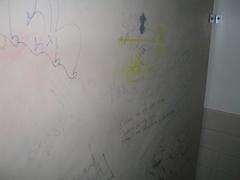 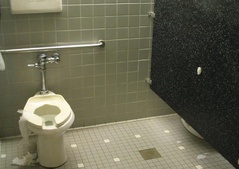 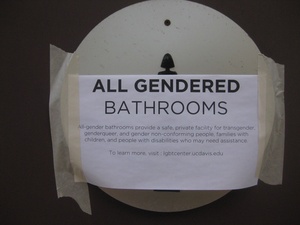 I think the school needs to get rid of the current urinals and should instead use flush-less urinals. That will save us tons of water, not to mention money as well. Althought, I wouldn't be against the campus installing a bunch of fake trees with signs on them that say co-ed outdoor restroom facilities. Either way I'm pissed off. — RobertBaron

2005-08-22 23:06:20   My most dreaded bathroom stall on campus is in the basement of Olson...in the girls bathroom there is a stall that is HALF the size of the rest. It's the third one down, right next to the handicapped stall. The walls of the stall are almost touching the toilet itself. You could easily injure yourself somehow in there! —KarlaFung

2005-10-20 01:05:50   I remember quite clearly my freshman year that there existed one of the greatest bathroom wall stories I have ever read. It was in the bathrooms in the eastern part of the Arboretum. On the far stall in the men's bathroom existed a sex story about this guy and his girlfriend, with excruciating detail he explained his sexual exploits. But it gets better. See this guy apparently graduated 1981 or something and he had it signed. The best part though, he made an addendum to the story 10 years later with his now wife who had a decade earlier been his girlfriend. I wish I could show more evidence of this, for one funny event and two a time chronicling thing. But alas the university must have gone into that bathroom and had that place "updated", I returned my sophomore with much dismay, since that story should have gone down in the history books. —MikeMele

2006-05-12 10:28:59   The new Sciences Lab building sucks for taking a dump. The toilets are so high that my feet dangle! That hasnt happened since I was 4. I think they try to keep them smelling nice since the SLB is what they use to impress everyone from outside campus. Also, the 2nd floor MU bathroom gets a lot of dumping action and smells accordingly (for the Men's room anyway). I suggest going 3rd floor or higher =) —DavidBatten

2006-09-18 15:41:01   The new "automatic" paper towel dispensers that are being installed around campus suck. You usually have to touch the sensor to get it to dispense. That defeats the whole purpose, which I assume is reducing the spread of germs not saving paper. —CharlesMcLaughlin

2010-11-20 19:11:59   The phys/geo murder was detailed in an email to physics department faculty and staff, probably in 2008, but I don't have a copy of the email/emails any longer. Perhaps another physics grad? —allwheat 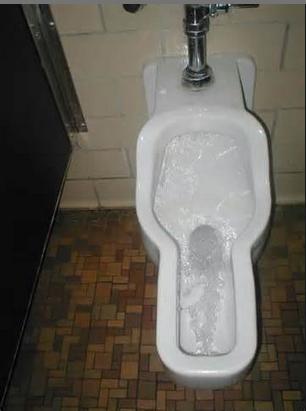