Rebecca Kaplan was elected to the City Council in 2008 as the At-Large Councilwoman. In 2012 she defeated challenger Ignacio de la Fuente who left District 5 in an attempt to unseat her. She is 44. 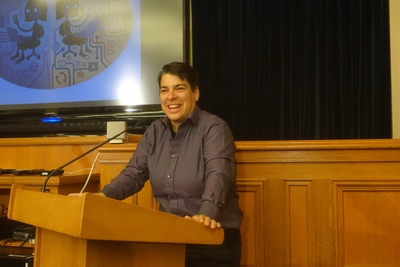 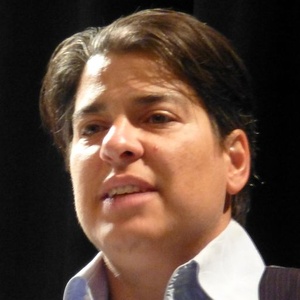 photo courtesy of wikicommonsRebecca Kaplan ran unsuccessfully for Mayor in 2014. She came in second to winner Libby Schaaf.

Councilmember Kaplan graduated from MIT. She has a masters from Tufts in Urban & Environmental policy and a JD from Stanford Law School.

According to Kaplan's website, she serves on the following committees:

In 2010 Kaplan ran for Mayor. She and Jean Quan ran co-endorsement campaigns and it is possible that this led to Quan winning the election.3

Her priorities in City Council are safety, jobs and trust in Oakland's government. She has been very involved in getting support from Oakland City Council getting resolutions which will cause Oakland to divest in gun-related investments.

In April, 2013, Kapan was named "Best Politician" by The Bay Area Reporter.1

In 2013, Kaplan earned both the Best AND Worst Dressed awards from East Bay Citizen for her frequent appearances in the backwards baseball hat.4 In May, 2014, Kaplan announced she would be marrying her girlfriend, Pamela Rosin, in July, 2014. Kaplan is the first openly gay female City Councilmember in Oakland.6

On November 6, 2013, Zennie also reported that Rebecca Kaplan was considering running, despite saying repeatedly that she was not, and that she and Libby Schaaf might run together as a 1/2 team in ranked voting.7 On February 26, 2014, Robert Gammon advocated for Kaplan to enter the mayoral race and opined that she now “appears to be undecided” despite having ruled out the possibility last year.8 On April 11th, the Oakland Tribune was still speculating as to whether Kaplan would enter the race, based on high-profile letters she has been writing.9 On June 1, 2014, Matier and Ross of the San Francisco Chronicle suggested that Kaplan was telling political insiders that she was seriously considering running.10 On June 4, 2014, theChronicle reported that Kaplan would officially announce her candidacy on June 5th.11

OTHER POSITIONS IN GOVERNMENT