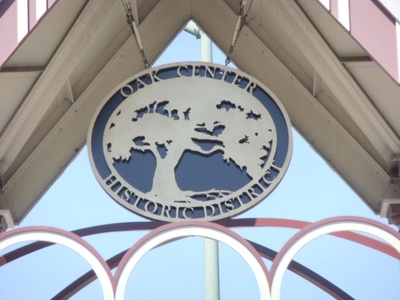 Oak Center is a neighborhood in West Oakland.

The Oak Center redevelopment project area was designated for redevelopment in 1965/1962 1. After the Acorn housing project area, this was the second major area slated for redevelopment by the Oakland Redevelopment Agency. With Acorn, the ORA demolished almost every structure in the area in order to construct new structures. This created a great deal of opposition and mistrust towards redevelopment in the West Oakland community. In order to try and address this issue, the ORA's public stance on Oak Center was that it would aim for an 80/20% split of rehabilitation vs. demolition of existing structures. According to Hayes, 1972, though, the director of the ORA at the time told the San Francisco renewal agency that the actual plan was to demolish 80% of structures and rehabilitate only 20%. The conflict between the public and "official" policy apparently led to the resignation in protest of a number of ORA staff. Additionally, someone from the San Francisco Housing and Urban Development (HUD) office complained to Oakland's City Council which ended up firing the director of the ORA 4!

While the Acorn redevelopment project was marked by lack of inclusion of residents' concerns and focused heavily on demolition of existing properties, the Oak Center Neighborhood Association was able to successfully shift the Redevelopment Agency's plans away from a focus on demolition/high-rise-construction towards rehabilitation of previously-existing structures 2. 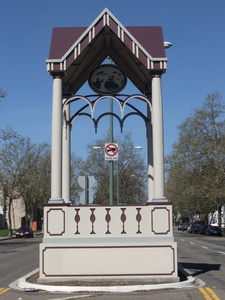 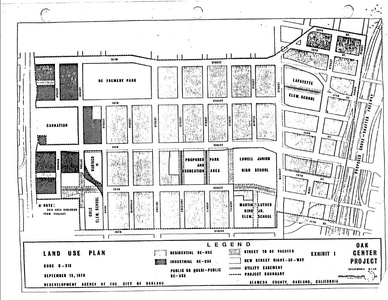