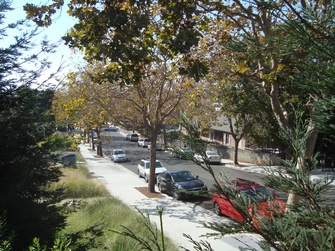 Pill Hill is a neighborhood of Oakland. So-named because of the large number of medical institutions there including the Summit Campus of Alta Bates Summit Medical Center (the name taken from its location on the hill). Before it was known as Pill Hill, it was known as Academy Hill because of the large number of schools there. Even before that, it was called "Blackstone Hill" after the large amount of attorneys who lived there. The hill itself is an outlier of Pleistocene alluvial sediment about 40 feet high. It was the site of Anthony Chabot's original water reservoir. 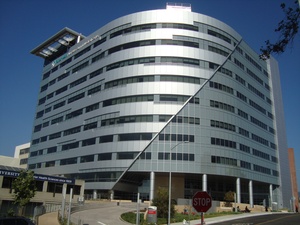 Before HMOs, chain drugstores and Medicare reform schemes dominated the health-care landscape, medicine’s physical horizon in Oakland peaked at the gentle rise behind what became Broadway auto row. Once the site of Rev. Edward Brown Walsworth’s Pacific Female College, a post-Civil War military academy for boys and St. Mary’s College, the ridge began its evolution with the turn-of-the-century construction of Samuel Merritt Hospital. In addition to the summit’s relatively towering hospital buildings, where thousands of natives were delivered, clusters of independent pharmacies and doctors’ offices on the surrounding neighborhood streets made Pill Hill Oakland’s original medical Mecca.

This is a small neighborhood and doesn't have a whole lot of places to live (as you may be able to tell from the above, there are a lot of offices/medical spots here), but it is pretty calm as far as places to live go.