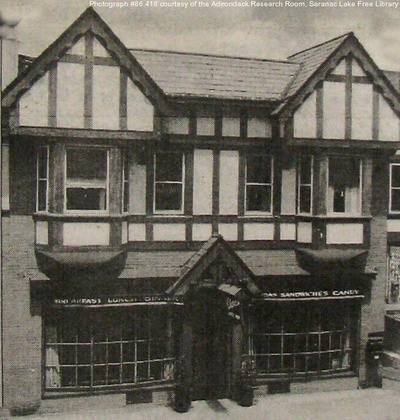 Chance's Restaurant, 1935, later the site of the Blue Gentian.
Adirondack Daily Enterprise, October 20, 2001 Over the years, Saranac Lake had an amazing assortment of dining and drinking establishments, and during Prohibition, it had "at least a dozen speakeasies, which operated more or less within the knowledge of the police." 1 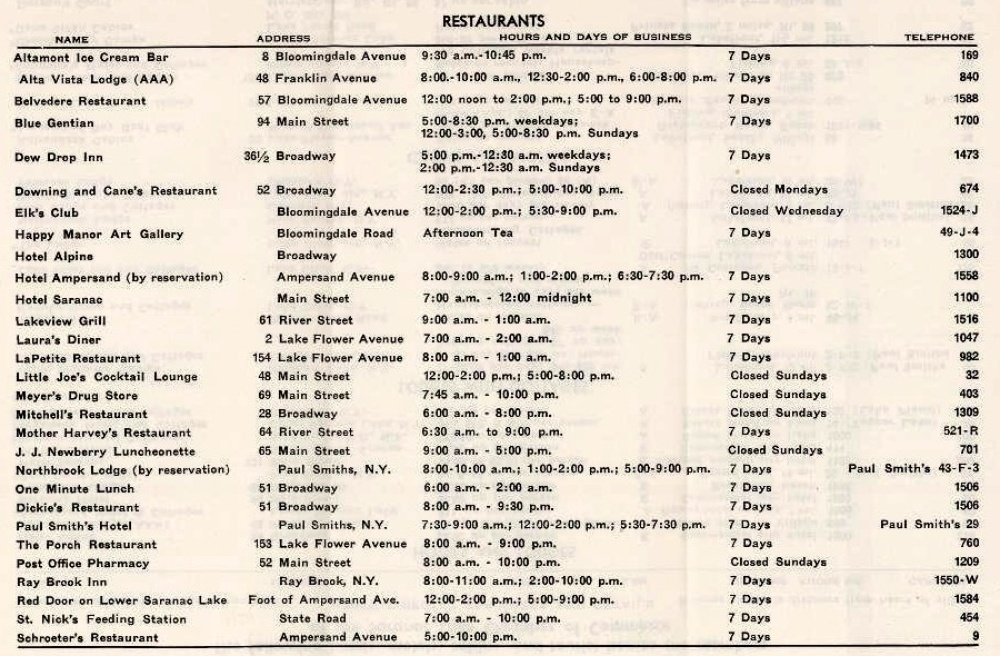 Chamber of Commerce, Where to Stay and Dine in Saranac Lake, N.Y. : The little city in the Adirondacks, undated, but between 1948 and the late 1950s.
Courtesy of the Adirondack Experience