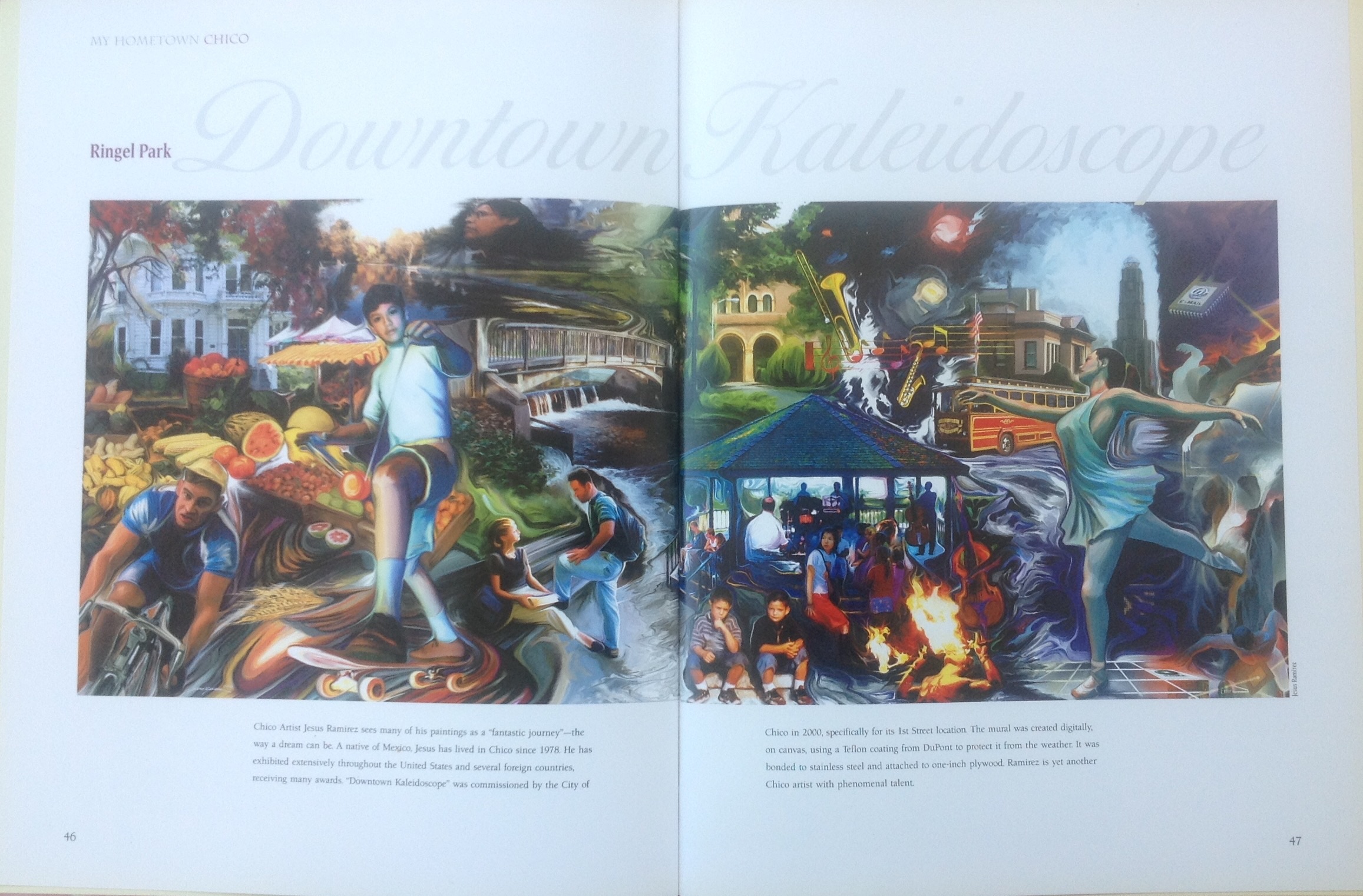 Downtown Chico was founded in 1860, when John Bidwell requested that the county send a surveyor to lay out the city grid. Up until this time all improvements to the land were on the Bidwell Ranch, north of the Big Chico Creek. The downtown is notable for its numerous restored historic buildings. Downtown is host to a wide range of businesses, architecture and public art, including many murals and art benches. The downtown area is located adjacent to the Chico State campus and the historic South Campus Neighborhood. Downtown offers cafes, restaurants, clothing stores, and a diverse assortment of treasures.

There is a strong sense of community spirit in Chico generally, and people come downtown to gather and participate in our dynamic local culture. There are frequent community events held in various places downtown; in the City Plaza, Children's Playground, on the sidewalks, and even on closed streets. The area is the epicenter of Chico's night life.

Downtown is often the site of many festivals and other fun events, many courtesy of the Downtown Chico Business Association or the Chamber of Commerce. These Chico traditions range from the Taste of Chico and Christmas Preview, to the Friday Night Concert, as well as the Thursday Night Market and annual Slice of Chico.

One of the most prominent events held each Thursday in warm months is the Thursday Night Market for which several streets are closed. There is also the Saturday Farmer's Market which has great produce, crafts, entertainment, and community outreach groups. 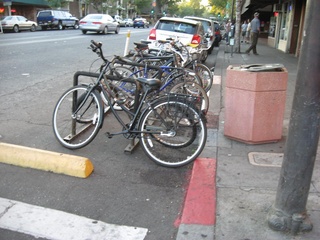 Try biking downtown: there is plenty of parking and it's always free! Parking Downtown has been a thorny issue for some time. But if you're patient and don't mind walking two or three blocks, you can almost always find parking. On downtown streets, vehicles may park for up to two hours between the hours of 7:30am and 6pm, except Saturdays, Sundays, and holidays.

Between the hours of 2am and 7am, vehicles may park for up to 30 minutes. On Broadway St., between 3rd and 5th, parking is not allowed on Thursdays between the times of 5pm and 10pm during the months of April through September. This is necessary for the Thursday Night Market.

Authorities enforcing parking meter use are very diligent in Chico, so don't think for a moment that you can get away with "one minute more" in a cozy cafe. Parking meter fees go to subsidize a downtown employees transit pass program, maintenance of meters, and servicing the debt on the existing Downtown Parking Structure.

The city is implementing a suite of new parking management strategies, in collaboration with the Downtown Chico Business Association. On July 15, 2008, the City Council directed staff to implement the recommendations in the DCBA's white paper WalkableDowntown.pdf.

See Cafes for more places to grab some caffeine in Chico.

See Hotels & Motels for more places to stay in Chico

See Shopping Centers for more places to shop in Chico.